Petroglyphs in caves near the village Kwamalasamutu

Kwamalasamutu is situated in the south of Suriname, not far from the Brazilian border.
Kwamalasamutu means bamboo and sand, which are both characteristic of the Sipaliwini River with its many sand beaches and waving bamboo. The indigenous Trio’s are shy but friendly. They live from hunting, fishing and slash and burn agriculture.
The village consists of more than 9 different indigenous communities, who live in peace with each other under granman (chief) Asongo Alalaparoe.
The Iwaana Saamu Rainforest lodge is beautifully situated on a 20 minutes boottrip away from the village of Kwamalasamutu. Nearby the lodge the caves of Werepai are situated with its impressive 350 petroglyphs. These petroglyphs are between 4200 and 5000 year old.
Before 2004 for the whole of Suriname only 192 petroglyphs were known. With the discovery of Werepai that number has more than doubled to 505 petroglyphs.
This area is also the nesting ground for the Cock of the Rock (Rupicola rupicola).

Suriname's rainforest: journey to the back of beyond ...

I am flying from Paramaribo to Kwamalasamutu, an Amerindian village near Suriname's ... Eight years ago, a local Trio man stumbled upon a complex of cave dwellings a ... a trove of more than 300 pre-Columbian petroglyphs carved into granite. ... I am greeted at the airstrip by a local Trio Indian who is employed by the ..

In 2000, more than 313 petroglyphs and shards
of pottery were discovered in a cave system near
the Trio village of Kwamalasamutu in Suriname.
The site offers the most concentrated set of
petroglyphs ever recorded in the Amazonian
basin. To protect this cultural heritage, the Trio
people have established a sanctuary around
these caves and are now looking to use them as
an opportunity to develop sustainable
ecotourism. http://www.conservation.org
© Trond Larsen

Three-week survey of southwest Suriname reveals 1300 exceptional species, including 46 that are new to science, in an area with rich biological and cultural history and potential for ecotourism development

January 2012. A scientific expedition into one of the world's last pristine tropical forests has revealed incredibly diverse species and extraordinary cultural heritage, according Conservation International (CI), announcing the results of a scientific survey in southwest Suriname that documented nearly 1,300 species, including 46 species which may be new to science.

During the survey, scientists also observed extensive cave petroglyphs near the village of Kwamalasamutu, in a site known as Werehpai, which CI-Suriname is working with local communities to preserve and promote for ecotourism. Discovered as recently as 2000, the Werehpai site is the oldest known human settlement located in southern Suriname. Recent investigations and radiocarbon dates at the site indicate that the first sign of inhabitation was five-thousand years ago; they offer the most concentrated set of petroglyphs ever recorded in the Amazonian basin.

CI-Suriname Executive Director Annette Tjon Sie Fat, whose team commissioned the survey and will incorporate the research into conservation planning said, "The Kwamalasamutu area's pristine nature and cultural heritage make it a unique destination for more adventurous tourists, who enjoy trekking through the dense rainforest to discover flora and fauna. CI-Suriname and the Trio are hoping to further develop a niche market ecotourism site here, while the recommendations from the RAP will help the community to manage and maintain the 18,000 ha sanctuary they created around the region's incredible Werehpai petroglyph caves."

The 2010 RAP survey was coordinated by CI's RAP in partnership with CI-Suriname, Amazon Conservation Team, Anton De Kom University of Suriname, Suriname Forestry Service, Panthera, The Nature Conservation Division, and was made possible by a generous grant from the Alcoa Foundation.

The RAP team and CI President Russ Mittermeier will be heading back to Southern Suriname in March to continue the exploration of this pristine and globally important region.

Amazonian rock 'art', in the form of petroglpyphs, are concentrated in the mountainous parts of its northern range, from Columbia to the Guyana's and Venezuela. Their function remains obscure and there does not seem to exist a systematic overview. One of the most impressive sites is Werehpai in South West Surinam. The site was discovered and named by a Trio named Kamanja was also part of the excavation crew. The site holds 313 petroglyphs. The fact that in all of Surinam there are 192 other petroglyphs known, distributed across 29 sites, gives a clue about Werehpai's magnificence. Charcoal and pottery found at the site have been carbon-dated as 4200 to 5000 years old. 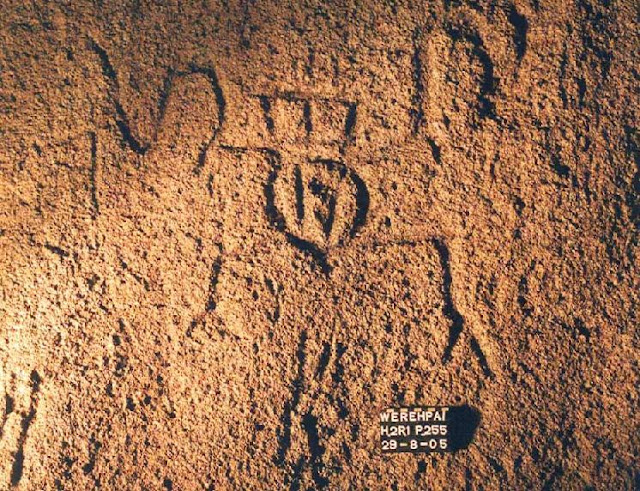 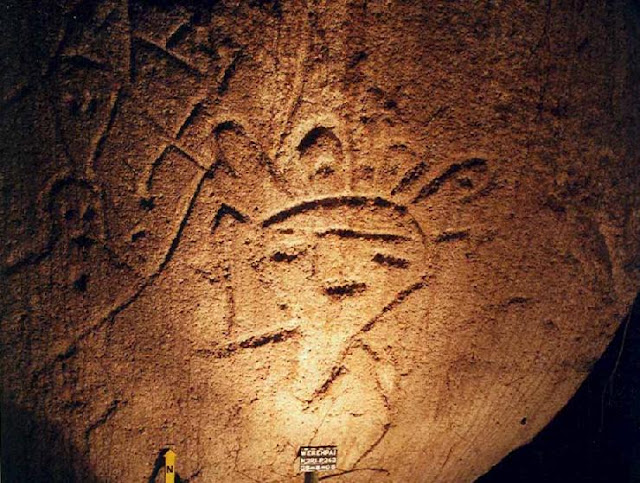 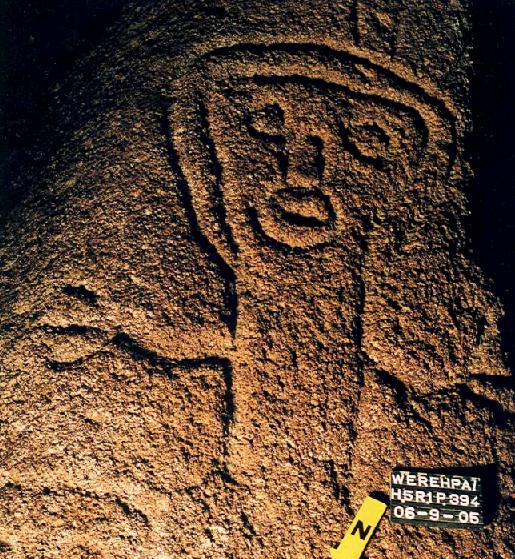 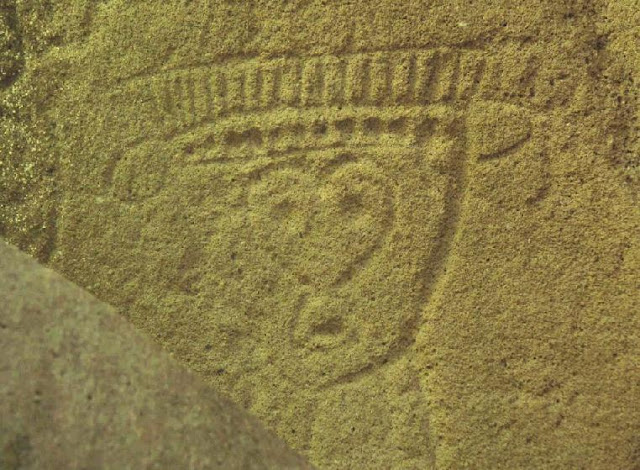 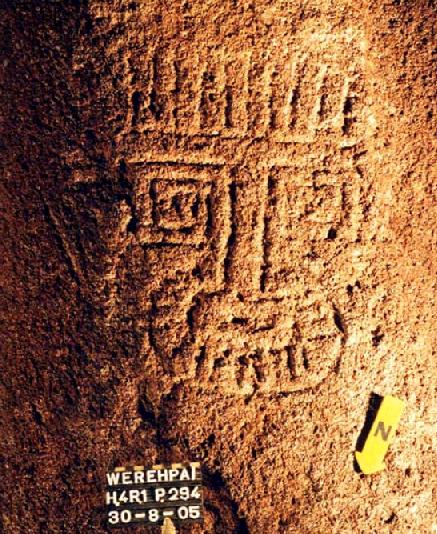 The most famous site is the Venezuelan Caverna da Petra Pintada, the 2nd image shows a marvellous matrix-like structure on the right. The last 2 are from Venezuela but from other parts of the country. This is a great website with many pics in a for me unreadable language. 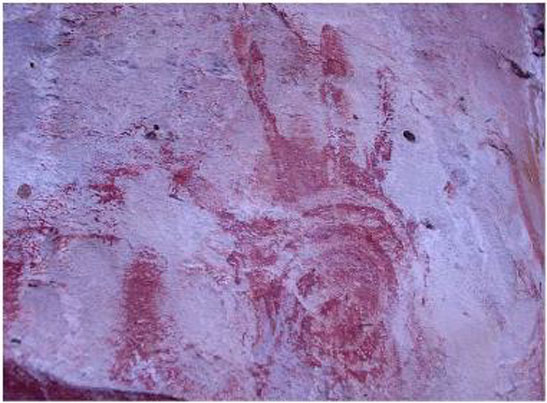 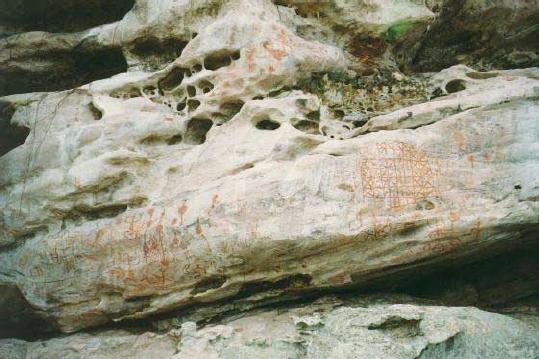 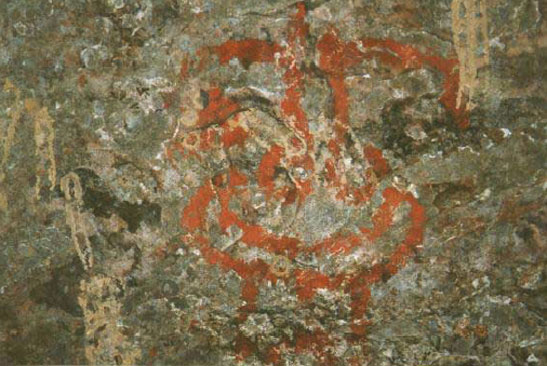 The oldest reference that I am aware of is "Notes of a botanist on the Amazon & Andes
being records of travel on the Amazon and its tributaries, the Trombetas, Rio Negro, Uaupés, Casiquiari, Pacimoni, Huallaga and Pastasa : as also to the cataracts of the Orinoco, along the eastern side of the Andes of Peru and Ecuador, and the shores of the Pacific, during the years 1849-1864" by botanist Richard Spruce whose observations (and illustrations) are perfectly clear:


Although we have no elements where from to determine positively the date and mode of execution of the picture-writings, those questions seem to me to have been involved in unnecessary mystery. The instruments used in scraping such deep lines in the granite were probably chips of quartz crystal, which were the hardest cutting-instruments possessed by the aborigines of South America. In the Amazonian plain I know of but two extensive deposits of large rock-crystals one of which is a good way up the Rio Branco, and the other is at the foot of Mount Duida, near the village of Esmeralda, therefore in the immediate neighbourhood of the Casiquiari. I know also of but one such deposit on the Pacific side of the Andes, namely, in the hills of Chongon near Guayaquil; yet pieces of quartz, some of which have served as knives, others as lance- or arrow-heads, are found strewed about the sites of ancient towns and settlements through several degrees of latitude. Whatever the instrument used by the Indians of the Casiquiari, it is difficult to assign any limit to the time required for the execution of the figures; but any one who has seen an Indian patiently scraping away for months at a bow or a lance before bringing it to the desired symmetry and perfection, or who knows that it has taken a lifetime to fashion and bore the white stone which the Uaupes Indian wears suspended from his neck, will understand that time is no object to an Indian. I can fancy I see the young men and women sitting in the cool of the morning and evening, but especially in the moonlight nights, and amusing themselves by scratching on the rock any figure suggested by the caprice of the moment. A figure once sketched, any one, even a child, might aid in deepening the outlines. Indeed, the designs are often much in the style of certainly not at all superior to those which a child of five years old in a village school in England will draw for you on its slate; and the modern inhabitants of the Casiquiari, Guainia, etc., paint the walls of their houses with various coloured earths in far more artistic designs.

Having carefully examined a good deal of the so-called picture-writing, I am bound to come to the conclusion that it was executed^by the ancestors of Indians who at this day inhabit the region where it is found ; that their utensils, mode of life, etc., were similar to those still in use ; and that their degree of civilisation was certainly not greater probably less than that of their existing descendants. The execution of the figures may have ranged through several centuries, a period which in the existence of a savage people is but a year in that of the highly-civilised nations of modern Europe. In vain shall we seek any chronological information from the Indian, who never knows his own age, rarely that of his youngest child, and who refers all that happened before his own birth to a vague antiquity, wherein there are no dates and rarely any epochs to mark the sequence of events. 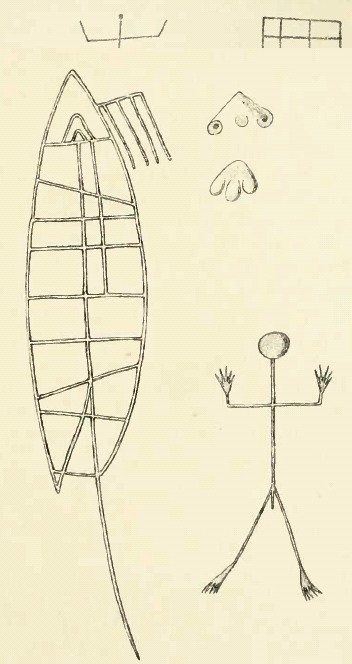 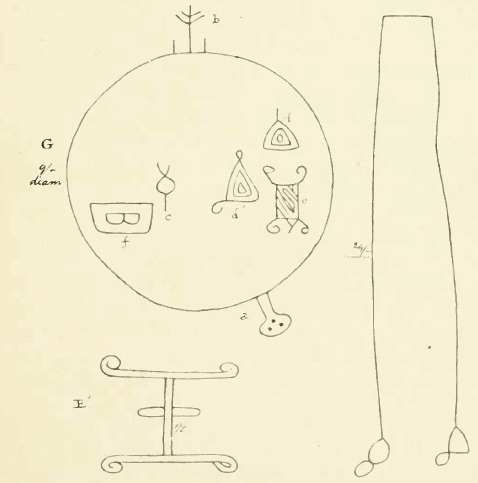 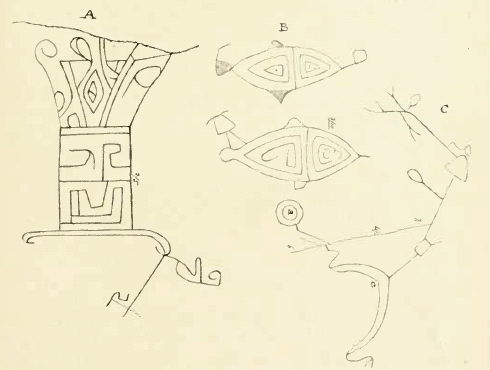 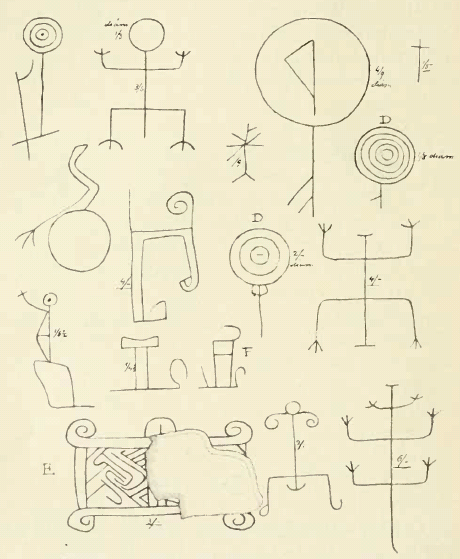 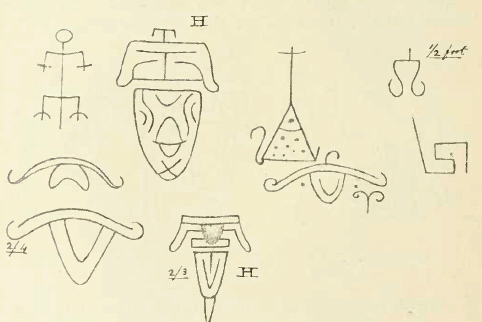 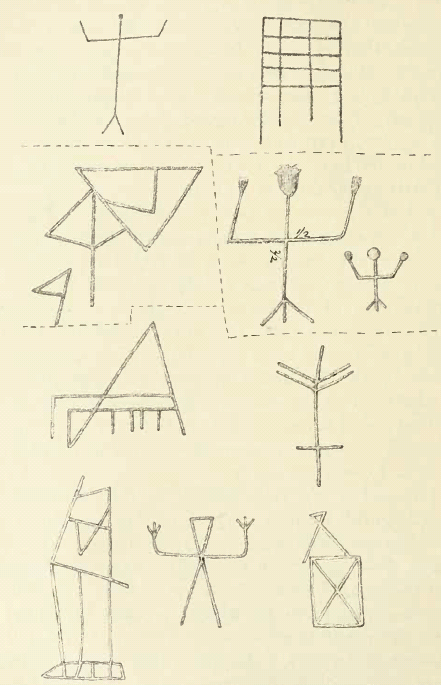