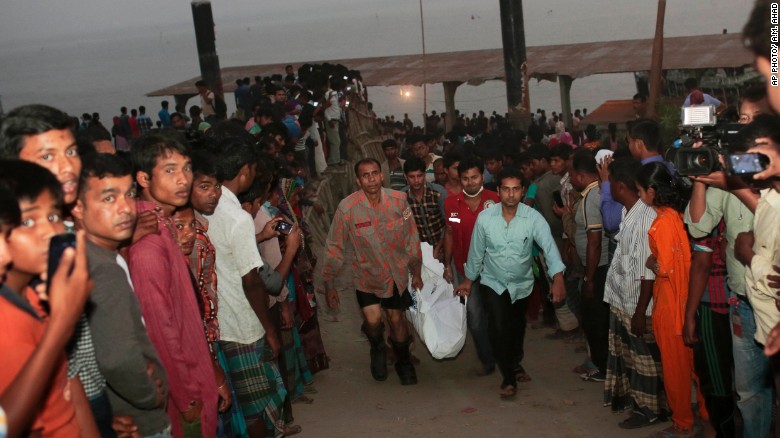 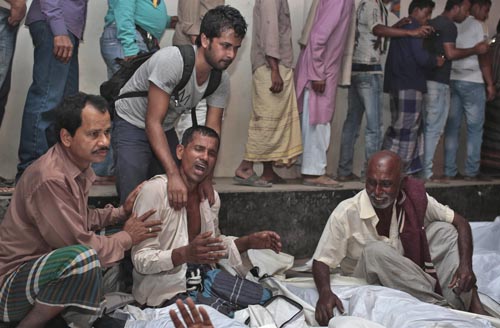 Dhaka, Bangladesh (CNN) At least 68 people died after a passenger ferry capsized in Bangladesh, and the death toll could rise, officials said..

The double-decker ferry sank after it was hit by a cargo vessel around midday Sunday, police and witnesses said. Passengers on the ferry's lower deck may have been trapped.

The boat was packed when it overturned on the Padma River in the Manikganj district north of the capital, Dhaka, local police Chief Bidhan Tripura said. Many of those rescued were passengers on the upper deck who jumped into the river.

The deputy commissioner of Manikganj, Rashida Ferdouse, told CNN it is unclear how many passengers were on the ferry.

"Usually the ferry operators don't keep any records, and we came to know from survivors that there were more than 100 people on board," she said.

At least 19 children were among the dead, district officials said.

Ferdouse, who also heads the district's administration, said officials had opened an operations center on the bank of the river, where they asked people to list the names of their missing relatives.

She said they had formed a five-member committee to investigate the mishap.

In August, there was another deadly ferry accident on the same river. Forty-five people died in that accident.

Overcrowding of ferries and poor monitoring systems are persistent problems in Bangladesh, which sees scores of casualties from ferry accidents every year.