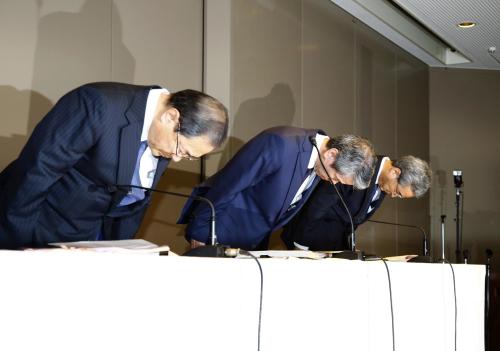 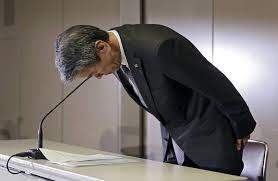 Tan Chin Hwee says Toshiba's accounting scandal is only the latest example of shoddy corporate governance in Asia. Standards should be raised, including in Hong Kong

"Please buy me one million shares of Toshiba, ticker code: 6502."

That was the institutional buy order that kick-started my professional buy-side career and, yes, the first stock I bought was Toshiba Corp back in July 1995. Toshiba was a blue chip listed on the Tokyo stock exchange and a component stock of the Nikkei 225 index. I thought a rookie like me had better stick with a big-cap conglomerate like Toshiba Corp, whose shares were in virtually everyone's pension plans.

Exactly 20 years later, long after I sold the stock for a small profit, Toshiba is making headlines over confessions of intentional inflation of profits by US$1.2 billion over six or seven years.

For investors in Asia, accounting fraud and corporate governance have always been the implicit "put options" that investors have to sell every time they buy a stock. If you misjudged and bought a stock that had its management engaged in fraud, you may lose your money and, worse, your reputation.

Chinese companies that have dominated headlines recently - Hanergy and Goldin, for example - come to mind. The financial reporting and disclosure practices of China's listed firms have continued to lag behind those of other global economies, and the few high-profile defaults are a reminder of how serious these issues are.

For Chinese companies listed in Hong Kong, the situation is not much better. According to a recent study, most Chinese companies failed to embrace the 2012 corporate governance code revisions in Hong Kong. Compliance among mainland firms in the Hang Seng China Enterprises Index fell from a high of 80 per cent in 2012 to 58 per cent last year. Investment banks in Hong Kong have also done a poor job in keeping rotten stock offerings out of the market. In 2011, the commission reported that out of 100 prospective public offerings submitted for approval, 82 had defects.

Both the Toshiba and Olympus cases involved improper accounting procedures, but whereas Toshiba executives had the intention of inflating profits to meet expectations, Olympus executives wanted to hide losses. Just like Toshiba, Kanebo management were pressured to meet unachievable sales and budget targets "at all costs". Kanebo had perpetuated the fraud by illegally recording sales to its subsidiaries as revenue.

One of the No 1 key takeaways for students of finance in the Chartered Financial Analyst course is that the sum of the value of future cash flows is equivalent to the value of the company. Net income is an accounting number and is just a proxy for cash flow. Thus, if one bothers to dig further and inspect Toshiba's cash flows and net income, a different picture starts to emerge.

Warren Buffett's words thus ring true here: "However attractive the earnings numbers are, we remain leery of businesses that never seem able to convert such pretty numbers into no-strings-attached cash." Such material divergence should have raised a red flag, among others.

My introduction to the art and science of forensic accounting was at the height of the three defining scandals in the United States, Enron (2001), Tyco (2002) and Worldcom (2002). These three blue chips shook up corporate America and marked the start of serious reform in the securities market; for example, with the passing of the Sarbanes-Oxley Act.

Hopefully, with the fraud cases of blue chips such as Toshiba, Olympus and Kanebo, corporate Japan will be similarly shaken up and start the painful but necessary structural reform.

Tan Chin Hwee is an institutional investor based in Singapore and author of Asia Financial Statement Analysis: Detecting Financial Irregularities

http://www.scmp.com/comment/article/1845005/toshiba-scandal-highlights-need-more-vigilance-asias-corporate-fraudsters
This article appeared in the South China Morning Post print edition as Keeping a step ahead of the fraudsters