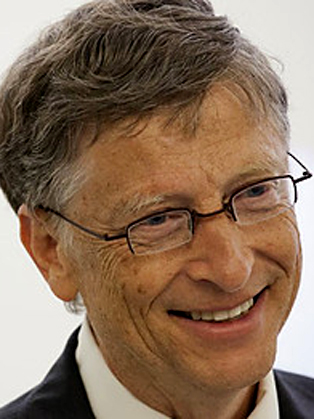 For the third year running, in partnership with thePhilanthropic Research Institute, a unit of Shook Research, FORBES identified the philanthropists that have given the most to charity in 2014. Rather than looking at philanthropic promises – pledges or money set aside for charity – we tallied how much actually reached recipients last year. (See the full methodologyhere.)

Collectively, the 10 most generous philanthropists gave $7.1 billion in 2014, compared to a collective net worth of more than $377 billion.

“We’re starting to see a turn where people want to enjoy giving while they’re still alive and have a say in it and see the difference,” says PRI founder R.J. Shook.

Some of the top donors also have the most to give away.Michael Bloomberg, Warren Buffett, Bill Gates and Jim Walton (of Wal-Mart family) were also among the 10 richest Americans on the 2015 Forbes 400. Yet generosity is relative. The Walton family has been among the top givers for the last two years but has only donated an estimated 4% of their cumulative net worth in total.

On the other hand, Chuck Feeney, the cofounder of Duty Free Shoppers, who isn’t a billionaire, gave away $434 million last year. Over the years, he’s donated an estimated $7 billion to charity, much of it going to build academic and research facilities. He no longer even owns his own home.

Eight of the 10 top donors of 2014 have signed the Giving Pledge, committing to giving more than half their wealth to charity. Seven were also among the top 10 givers last year.

Hansjoerg Wyss, who sold medical device manufacturer Synthes in 2012, significantly stepped up his philanthropy in 2014. He donated $228 million, including a contribution to a $134 million project to restore 257 square miles of forest in Montana and Washington State. In 2013, he gave $95 million.

James and Marilyn Simons also climbed the giving ranks last year. The mathematician and “Quant King” of hedge funds, along with his wife, contributed $331 million for math and science education and research. That’s up from $270 million in 2013.