U.S. Is Set to Sue a Dozen Big Banks Over Mortgages 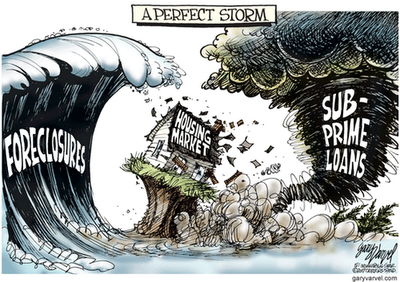 U.S. Is Set to Sue a Dozen Big Banks Over Mortgages

The federal agency that oversees the mortgage giants Fannie Mae and Freddie Mac is set to file suits against more than a dozen big banks, accusing them of misrepresenting the quality of mortgage securities they assembled and sold at the height of the housing bubble, and seeking billions of dollars in compensation.

A foreclosed home in Arizona. The Federal Housing Finance Agency suits will argue that banks failed to perform due diligence and missed evidence that borrowers’ incomes were inflated or falsified. 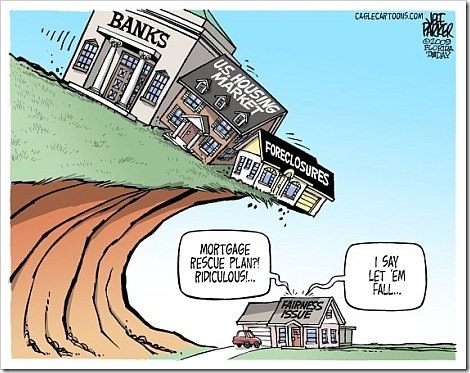 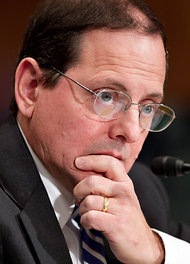 The Federal Housing Finance Agency suits, which are expected to be filed in the coming days in federal court, are aimed at Bank of America, JPMorgan Chase, Goldman Sachs and Deutsche Bank, among others, according to three individuals briefed on the matter.

The suits stem from subpoenas the finance agency issued to banks a year ago. If the case is not filed Friday, they said, it will come Tuesday, shortly before a deadline expires for the housing agency to file claims.

The suits will argue the banks, which assembled the mortgages and marketed them as securities to investors, failed to perform the due diligence required under securities law and missed evidence that borrowers’ incomes were inflated or falsified. When many borrowers were unable to pay their mortgages, the securities backed by the mortgages quickly lost value.

Fannie and Freddie lost more than $30 billion, in part as a result of the deals, losses that were borne mostly by taxpayers.

In July, the agency filed suit against UBS, another major mortgage securitizer, seeking to recover at least $900 million, and the individuals with knowledge of the case said the new litigation would be similar in scope.

Private holders of mortgage securities are already trying to force the big banks to buy back tens of billions in soured mortgage-backed bonds, but this federal effort is a new chapter in a huge legal fight that has alarmed investors in bank shares. In this case, rather than demanding that the banks buy back the original loans, the finance agency is seeking reimbursement for losses on the securities held by Fannie and Freddie.

The impending litigation underscores how almost exactly three years after the collapse of Lehman Brothers and the beginning of a financial crisis caused in large part by subprime lending, the legal fallout is mounting.

Besides the angry investors, 50 state attorneys general are in the final stages of negotiating a settlement to address abuses by the largest mortgage servicers, including Bank of America, JPMorgan and Citigroup. The attorneys general, as well as federal officials, are pressing the banks to pay at least $20 billion in that case, with much of the money earmarked to reduce mortgages of homeowners facing foreclosure.

And last month, the insurance giant American International Group filed a $10 billion suit against Bank of America, accusing the bank and its Countrywide Financial and Merrill Lynch units of misrepresenting the quality of mortgages that backed the securities A.I.G. bought.

Bank of America, Goldman Sachs and JPMorgan all declined to comment. Frank Kelly, a spokesman for Deutsche Bank, said, “We can’t comment on a suit that we haven’t seen and hasn’t been filed yet.”

But privately, financial service industry executives argue that the losses on the mortgage-backed securities were caused by a broader downturn in the economy and the housing market, not by how the mortgages were originated or packaged into securities. In addition, they contend that investors like A.I.G. as well as Fannie and Freddie were sophisticated and knew the securities were not without risk.

Investors fear that if banks are forced to pay out billions of dollars for mortgages that later defaulted, it could sap earnings for years and contribute to further losses across the financial services industry, which has only recently regained its footing.

Bank officials also counter that further legal attacks on them will only delay the recovery in the housing market, which remains moribund, hurting the broader economy. Other experts warned that a series of adverse settlements costing the banks billions raises other risks, even if suits have legal merit.

The housing finance agency was created in 2008 and assigned to oversee the hemorrhaging government-backed mortgage companies, a process known as conservatorship.

“While I believe that F.H.F.A. is acting responsibly in its role as conservator, I am afraid that we risk pushing these guys off of a cliff and we’re going to have to bail out the banks again,” said Tim Rood, who worked at Fannie Mae until 2006 and is now a partner at the Collingwood Group, which advises banks and servicers on housing-related issues.