March for Water to Start in Peru Tomorrow. 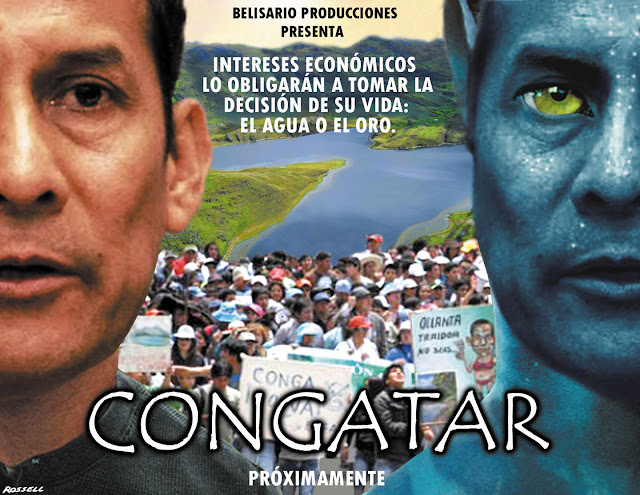 March for Water to Start in Peru Tomorrow.

The Water March, organized by popular organizations rejecting the gold-mining project dubbed as Conga and backed by the government amid the current social conflict, will depart from Cajamaca, 840 kilometers northeast from Lima.

Peasants and other protesters from the northern, southern and eastern regions will join the march.

The mobilization is scheduled to arrive in the capital on February 10 and its organizers affirm it will be peaceful and ordered.

The March defends water and Earth and the banning of mining activities in headwaters basins, as well as the use of cyanide and mercury in mining. 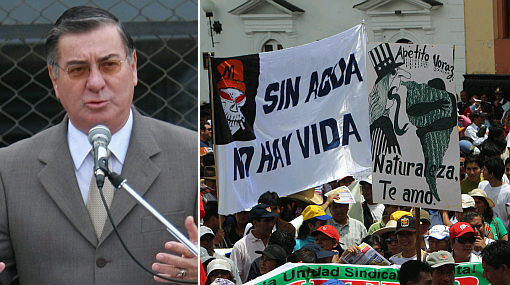 march for life and water in peru-demo in berlin 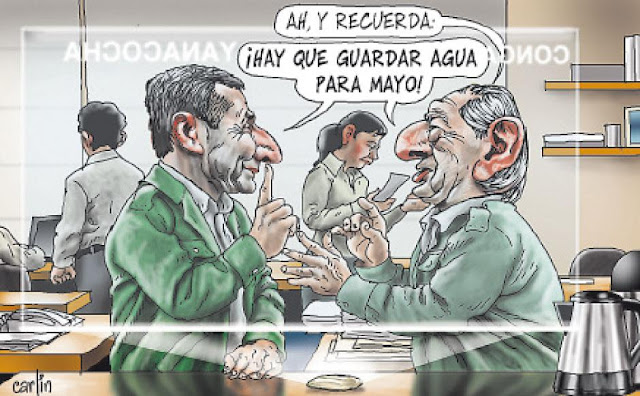 This is a forum for shareholders of Haber Inc. and anyone else who is concerned about the pollution to people and the environment caused by cyanide and mercury usage in gold mining. We offer a totally green alternative in gold processing that is conducive to the new awareness of ecological solutions to problems that affect our environment. News items of relevant interest will be posted and shareholders and others are encouraged to participate. Bob Lembo/ Moderator 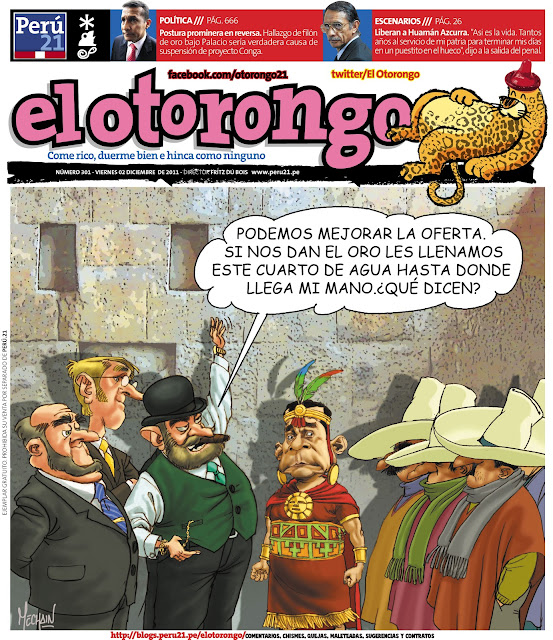 LIMA –  Civil society groups in Peru plan to begin a national march on Thursday to pressure lawmakers to ban mining in the headwaters of river basins, a contentious issue in one of the world’s top sources of base and precious metals.

Supporters of the march also want Peru’s constitution to recognize water as a human right and resource that cannot be privatized.

The use of water in Peru’s mining sector has been a major source of conflict over the last several years. Communities and local politicians say they are concerned that new mining projectscould lead to a shortage of water, while increasing the risk of contamination.

Industry officials say the conflicts threaten to derail the sector’s portfolio of projects, which will require investments of approximately $50 billion this decade. A number of projects have already been delayed due to disputes, including Southern Copper’s (SCCO, SCCO.VL) Tia Maria, Anglo American PLC’s (AAUKY, AAL.LN) Quellaveco, and Newmont MiningCorp.’s (NEM) Minas Conga.

Analysts are closely watching the dispute over Conga, Peru’s biggest mining project that will require an investment of $4.8 billion. Opponents say the project, which is located in the headwater of a river basin, will harm local water supplies, as it would require draining four lakes. Newmont plans to replace those lakes with reservoirs that it says will more than double the current water-storage capacity.

The governmentaims to resolve the dispute by hiring independent consultants to review Conga’s environmental impact study, a key permit approved in 2010.

Marco Arana, a high-profile environmental activist helping to organize the march, said that more than 70 civil society groups plan to participate in the national march.

In northern Peru, the march will begin in Cajamarca and pass through the cities of Trujillo and Huaraz before arriving in Lima on Feb. 9, Arana said during a telephone interview with Dow JonesNewswires on Monday.

Arana said that participants in the march will not block highways or cause other transportation problems in the country.

The march will also include groups from Peru’s central Junin and Pasco regions, as well as the country’s southern Arequipa, Cuzco and Moquegua regions. In total, about 1,000 participants are expected to meet in Lima, Arana said.

On Feb. 10, the leaders of the march will present legislative proposals to Congress.

Peru is the world’s second-biggest producer of copper and silver and a major producer of gold, lead, zinc and other minerals.

Today, thousands of Peruvians are now participating in a “Grand National March for the Right to Water and Life.” Many of the marchers are setting off from the lagoons of Cajamarca, or from the Amazonian jungle, or from the Southern Andes, marching hundreds of miles to arrive in the capital, Lima during the second week of February. The march seeks to broadly respond to a public policy in Peru of valuing a particular model of economic development over the health and wellbeing of communities adversely affected by that “development” — particularly when large resource-extraction projects threaten a community’s water supply.

The focal point for the march is the Conga project, a proposed gold mining operation in Cajamarca, which presents an emblematic example of many of the most salient issues to which the march seeks to respond. Here in our Peru office, we have been keeping a close eye on the development of the projectand its opposition. The project was recently put on hold after public protests and a report prepared by the Ministry of the Environment called attention to the environmental risks associated with the proposal. Now, however, a new executive cabinet—formed in the aftermath of the political upheaval following the release of the Ministry of Environment’s report—seems likely to give the project the go-ahead in spite of a great deal of opposition from local civil society organizations and the regional government.

The march has quickly taken on a much broader appeal. It is serving as a rallying point for similar concerns and a growing social movement opposing development policies that leave communities impoverished and sick. Coordinated activities are being organized throughout the country, including by farmers in the north, by those livingin the southern highlands, and by organizations of indigenous peoplesprotesting the encroachment and contamination caused by petroleum companies in the Amazon,

Most fundamentally, the march has become a key part of a growing social movement to change the discourse and public policy surrounding resource extraction in Peru. The marchers question the notion that resource extraction is “essential” for economic development, and demand that the public policies of the state reflect a greater appreciation for the importance of clean water and healthy communities. The marchers are pushing for policies that strengthen the rights to waterand prior consultation, limit the use of certain chemicals in resource extraction, and in certain cases, designate some areas as “no-go zones” for mining projects. At the very least, the marchers are demanding a greater role for entities such as the Ministry of the Environment in ensuring that resource extraction does not threaten the rights to water and life of neighbor communities. At present, the entity responsible for reviewing anticipated environmental impacts is the Ministry of Energy and Mines—a ministry with the conflicting agenda of promoting mining within the country.

The march is already generating international attention and solidarity. To give just a few examples, protesters in Spain met President Humala on his recent trip to Europe with signs and chants rejecting his proposals for increased foreign investment in extractives. And on February 3, the Denver Justice and Peace Committeeis organizing a march through the streets of Denver—home to Newmont Mining, the major shareholder of the Conga project—to increase attention to this pressing issue and show their solidarity.

At the very least, the march already appears to be shifting the discourse. With the massive outpouring of support and chants such as “Sin Oro se vive, sin Agua se Muere,” (You can live without gold, you die without water), the marchers are highlighting the political, moral, and social decisions that are now being made by the government, and in terms as clear as uncontaminated water.