In an obscure World Bank court, a multinational mining firm is suing El Salvador for attempting to protect its citizens from deadly mining pollution.

Mineral Policy Institute focuses on mining impacts here in Australia, the Pacific and elsewhere around the world.

The Mineral Policy Institute works on these thematic issues;

The Morobe Province of central Papua New Guinea (PNG) has been mined for gold for nearly a century, although it is only in the past decade that large-scale modern mining commenced. This paper presents the results of an ongoing project in the Morobe Province conducted by the Mineral Policy Institute examining the historical, current and future impacts of mining, including community views, social and environmental impacts and the monitoring and regulation of mining.

The Australian mining industries approach to life-of-mine planning has improved considerably in recent decades. It now needs to be matched by, and embedded in, mining governance systems that utilise a comprehensive whole-of-mine-life approach within a jurisdictional, industry and regional regime rather than just focusing on specific impacts in isolation. This paper commences with an exploration of mining legacies as an umbrella term for previously mined, abandoned, orphan, derelict or neglected sites. This is followed by a discussion of the current status of mining legacies as an Australia-wide issue, contrasting the Australian response with overseas examples.

This chapter identifies and explores the common environmental effects of mining in Western Australia (WA). Utilising unique state-specific data, we examine site-specific factors with reference to metals, mine life cycle, cumulative impacts and temporal disturbance. Emerging trends are discussed with specific reference to WA including in relation to production, ore grades, waste, scale, socio-environmental issues and mine legacy impacts. Finally we explore the constraints on effective environmental management imposed by the WA approach to mining development and discuss challenges for the effective environmental management of mining.

Abstract: The focus of this chapter is the primary drivers of deep sea mining in the Pacific, with a shorter discussion on secondary drivers and the restrictive forces operating in the region (Table 1). Inves- tigating these drivers provides an objective framework for improved understanding of the forces behind the industry, leading to better decision making. This investigation, like the industry, is in its infancy. Further work is required to better inform Pacific Island states of the factors influencing the future of the industry.

Abstract: Other chapters in this volume demonstrate that the mineral extraction potential of deep sea min- ing could be enormous, that economic opportunities are driving Pacific Island states’ exploration of deep sea mining, and that deep sea mining – if approached from a holistic environmental perspective – might offer Pacific Island states economic means of achieving development goals. But what of the social and community impacts of deep sea mining? How might communities be affected or societies changed when the most socially disruptive aspects of mining shift offshore? How can such impacts be predicted, measured, and monitored? And will communities be able to register complaints successfully, exercise decision-making authority, or grant a social licence to operate to an industry operating not in their backyards, but in their equally prized and culturally important seas?

2012:
Preliminary Review of the Environmental Impacts of the Hidden Valley Gold Mine, Papua New Guinea 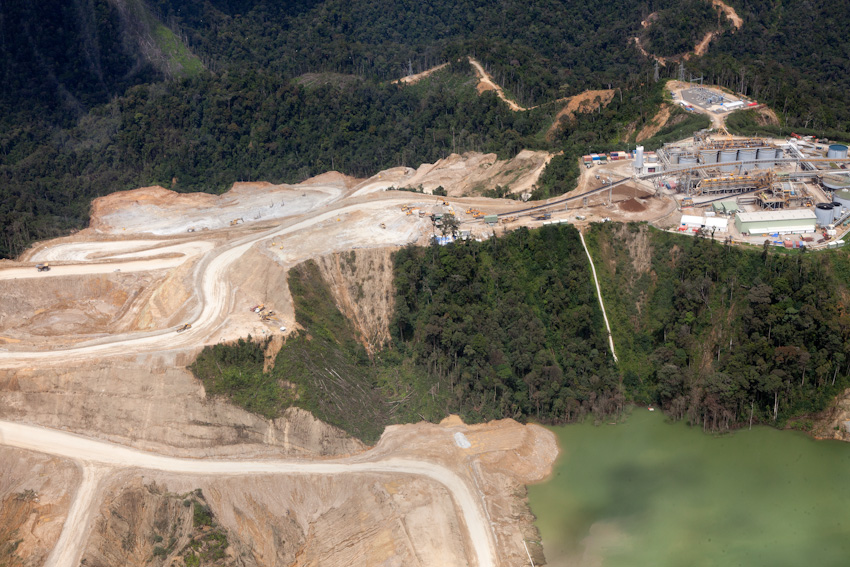 Background and Brief History:
The Hidden Valley gold-silver (Au-Ag) mine is located in the Wau-Bulolo gold field of Papua New Guinea (PNG), about 90 km south-southwest of Lae and some 300 km north-northwest of the capital Port Moresby, shown in Figure 1. The region is part of the Morobe Province. The project is located in the headwaters of the Bulolo and Watut Rivers, with the Watut River being a major tributary of the Markham River which reaches the ocean near Lae. 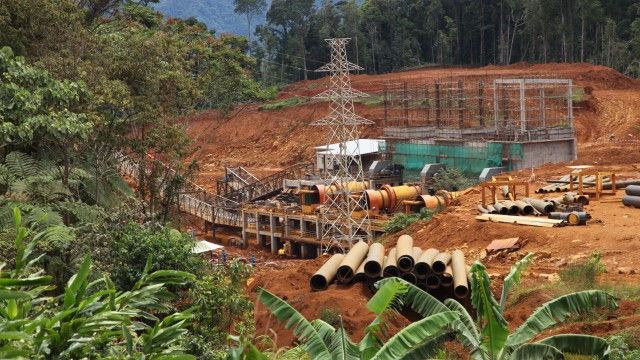 Executive Summary:
The Rapu Rapu Mining Project, majority owned and operated by Australian mining company,
Lafayette has been mired in controversy since its conception, and opposed by a variety of local and
national actors in the Philippines. This paper seeks to outline the major points of concern in relation to this project.

Introduction: The proposed Ramu Nickel mine is a lateritic nickel deposit discovered at Kurumbukari, a site south of the Ramu River in the early 1960′s. In 1997, Highlands Gold, previously involved in the development of the riverine dumping Pogera mine – secured management of the project, and in the same year, Highlands Pacific was established as a new company to manage the Ramu Nickel Project. The project’s proposed footprint extends from the Kurumbukari mine site in the Ramu River Catchment across 100 kilometres of indigenous customary lands to the Rai Coast. A pipeline will carry ore concentrate to be processed at the coast, with the subsequent mine waste to be dumped offshore into Basimuk Bay. The project poses serious economic, environmental and social risks that are discussed in this paper. Salvador for the Right to Poison Its Water

In an obscure World Bank court, a multinational mining firm is suing El Salvador for attempting to protect its citizens from deadly mining pollution.