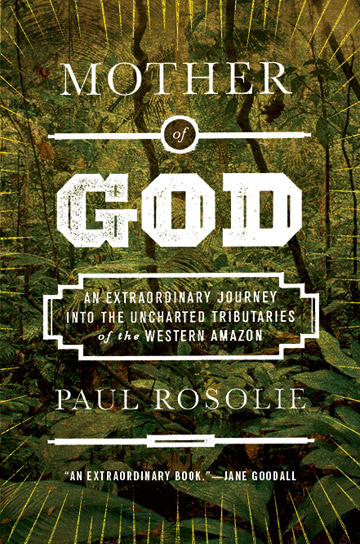 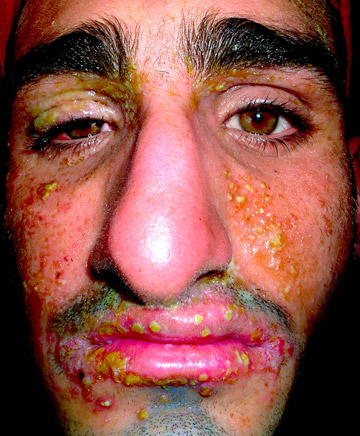 A teenage adventurer from New Jersey strikes out for the Amazon.

In 2005 Paul Rosolie, a New Jersey kid fed up with high school and the 'burbs, took off for the Amazon rain forest. He knew little about it but had felt an all-consuming desire to travel there ever since visiting the Bronx Zoo's JungleWorld exhibit as a child. Freshly landed and 18 years old, Mr. Rosolie found himself at last liberated from "the soul-crushing repetition of scheduled existence," and hyperventilating from the sensory overload of a real jungle world. He settled in with a British biologist named Emma and her Peruvian partner, Juan Julio Durand. They were raising their young son and managing a struggling research station in the forests of Peru's Madre de Dios region. 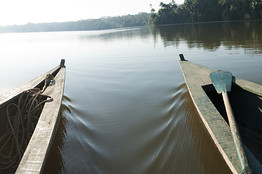 Mr. Rosolie lacked biological training, but the couple soon had him surveying mammals and crouching under mosquito nets to count the macaws that gathered at a clay lick. In his free time, he explored the Madre de Dios—"a world made from Joseph Conrad's nightmares," he writes—taking in the towering strangler figs, glowing fungi and endless marches of leaf-cutter ants. "Mother of God," Mr. Rosolie's memoir of several years in and out of the Western Amazon, occasionally suffers from its author's delirious prose and outsize sense of his own destiny. But thanks to fastidious journal-keeping that preserved a wealth of detail and emotion, Mr. Rosolie delivers an old-fashioned jungle adventure, one with rare immediacy and depth of feeling for the people and creatures he encounters.

His first visit to the Madre de Dios was short: He returned to New Jersey to attend college, seemingly by decree of his parents. They allowed him to live at home and save money while he studied, and he traveled to Peru between semesters. His friends' research station and its 27,000 surrounding acres, he soon learned, were under threat from a long-delayed road project. The Western Amazon is a place of powerful competing interests, and the effort to protect their parcel—not just from road builders but from oil prospectors, miners and mahogany loggers—caused Emma and Mr. Durand to become estranged.

Faced with losing his partner, his child and his land all at once, Mr. Durand was in the mood for reckless escapes, and Mr. Rosolie was happy to join him. They set off by boat to remote floodplains where anacondas hide in mountains of brush; on one occasion, Mr. Rosolie jumped onto one of the giant snakes and was nearly strangled. Visiting again after the station and its land had been sold, Mr. Rosolie found Mr. Durand standing amid burning trees, with ash falling like snow and "millions of years of evolution, razed." It was the beginning of the road. The sight of this Eden destroyed gave Mr. Rosolie an urge to push further into the forest, to leave all other humans—even Mr. Durand—behind: "I would escape the world and journey into the deepest parts of the Amazon alone."

Mr. Durand's octogenarian father described one spot, close to the Amazon's headwaters, as the wildest in the Madre de Dios. Marked by a giant fallen tree called the Western Gate, it was said to be so little touched by humans that its animals had never heard the sound of a gun and frolicked before your eyes. Mr. Rosolie set off for the Western Gate compulsively, during a period of violent rains. He became disoriented, lost his machete, suffered a jaguar breathing down his neck and fell into hypothermia before being rescued by a boat carrying German tourists. It was back to school.

Mr. Durand began building a station on another parcel of forest while Mr. Rosolie muddled through his coursework. With the encouragement of a professor, he spent a semester at a research station in India, where he searched in vain for tigers and fell in love. His romance with a young Indian naturalist, while heartfelt and hard-won—Mr. Rosolie ended up marrying her under a banyan tree in Bangalore—is the lesser one here; the Madre de Dios had so transfixed him that he brought his bride there to help lead tours with Mr. Durand. But not before trying for the Western Gate again, better prepared this time.

With the help of an inflatable pack-raft, Mr. Rosolie arrived at the behemoth tree, its branches "reaching up like a thirty-foot-tall defensive tarantula, a warning to those who would pass." Beyond, the place was as the elder Mr. Durand had described it. Its shores crawled with unabashed river otters, caimans, tapirs, tortoises grown to hulking proportions—a hidden Serengeti where "every creature came to play, hunt, drink." Until Mr. Rosolie realized, upon exploring further, that the place wasn't devoid of humans. The sight of three small huts, and a lone tribesman walking toward him, sent Mr. Rosolie paddling away in mortal terror: "My expedition was over. My life, too, was possibly over."

No arrows followed him in his flight, and a group of jaguar hunters rescued Mr. Rosolie near the Western Gate, forcing him, in exchange, to help them locate their freshly shot quarry. Mr. Rosolie followed a trail of blood and tracks into a cave, where the wounded, panting cat faced him "with lacerating desperation." Mr. Rosolie sensed that she had a chance of surviving and, emerging from the cave, lied to the hunters, saying he'd found nothing. He considered taking a machete to them, on behalf of the jaguar and the Madre de Dios, then thought the better of it and got in their boat.

—Ms. Smith is the author of "Stolen World: A Tale of Reptiles, Smugglers and Skulduggery."